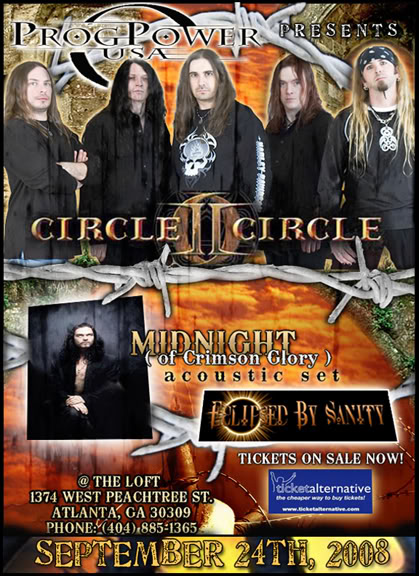 Ever since my buddy Taylor turned me onto the Prog/Power fest a couple of years ago, I am a total fan of this yearly show/party/reunion! It is all about the Progressive/Power/Melodic Metal movement that has been somewhat underground in the USA for some time. It is pretty much unknown here in America,but for a few lucky obsessed prog-snobs that grace the Center Stage theater every year for 9 years now, its all about this music and the people who love it! Glenn Harveston puts on this show once a year in Atlanta, Georgia with his loyal crew of stagehands/music lovers and he is sold out every year! Next year at Prog/Power X is one of his best line-ups to date, but I dont want to get ahead of myself. The show starts with the pre party up in the Loft at the Center Stage and then ends with a drunken Metal Kareoke down in the Vinyl Bar, where you can sometimes see some major singer from some killer band kicking peoples asses to some classic rock!
First of all on wedsday, we have to get to our hotel rooms and get ready for the first night. Its going to be a long and crazy four days, so you got to get prepared for some craziness and fun! I get to stay on my first nite with Bear, one of my good buddies from San Fransisco and Eric who also promote Bay Area Rock Fest. 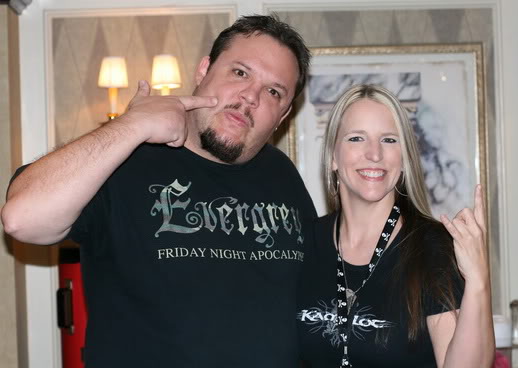 Bear and me getting ready for the first big nite!!

The absolute first thing we do is get the hotel driver to take us to get beer(A P.P. Staple!) and go to eat at Gladys Nights Chicken and Waffles, which was so amazing!!! We can barely walk after that meal and we take the Marta (Train) back to the hotel and get ready for our first nite of metal!
We head over to the PP center of metal madness and party’s, the Grenada, which is walking distance, and meet up with our fellow metal-heads at the pre-party,pre party, Happy Hour! Thats where you get your $2 beers and get ready for the first show. We meet up with a bunch of people, mostly well seasoned PP vetrans, and start the nite off good with a few beers and metal chat. We are all excited for another killer PP fest and are anxiously awaiting the first nite! 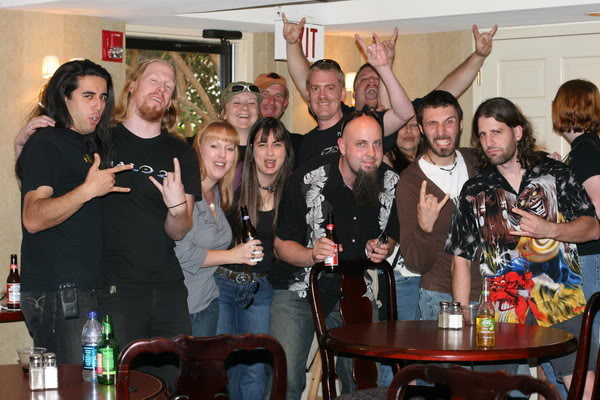 The crew at the Grenada!! 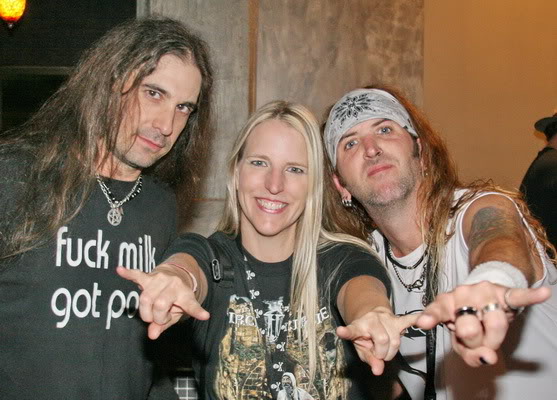 First There is a killer young metal band from Atlanta called Eclipsed By Sanity with Patrick “Hoyt” Parris on vocals that put on a kick ass show! Pat’s dad, Hoyt, from Pathfinder Productions asked me to come check them out and I am glad I did. Eclipsed By Sanity is a balanced blend of Progressive Power and Thrash metal including a fair share of melody, harmonization, and in your face guitar work.(Taken from their Myspace page…) This band really can go far if they keep up what they are doing! Pat is a cool frontman and has the look to bring in the ladies! 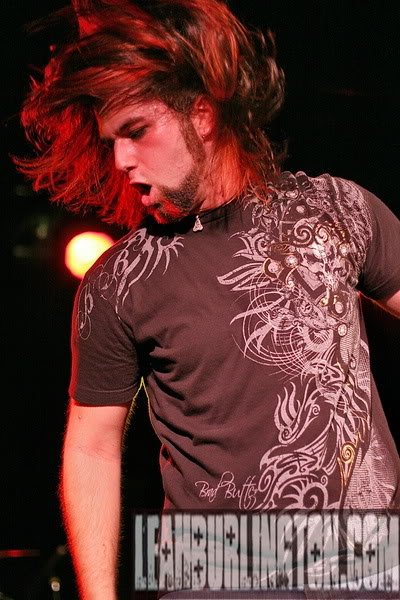 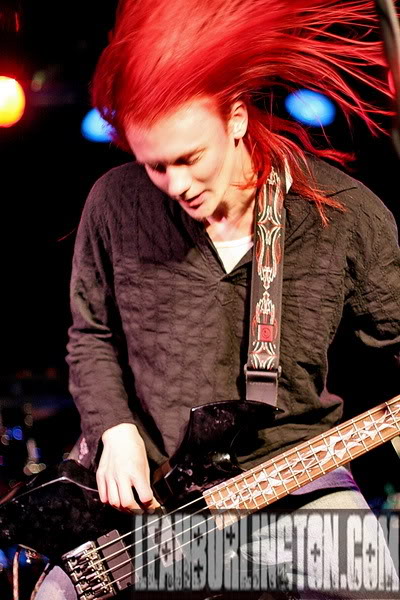 Then after a few libations and some chatting with Zak, Mitch, and Bill from C2C we settle in for something that we cannot explain later. A set from Midnight of Crimson Glory fame with John “Spock” Zahner, and Matt LaPorte backing him up. I never got into CG, but I hear from my friends that they were incredible, but looking at the small fraile man onstage I was like this guy was a killer lead singer back in the day?? 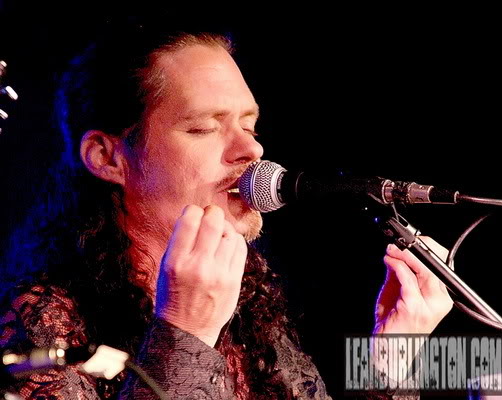 He was doing some weird spoken word stuff and looked like he was completely lost at one point. It looked In my opinion to be a train wreck. Everyone at the show was completely confused as to what they just saw so we just shrugged it off, had another beer and moved on to wait for Circle 2 Circle… 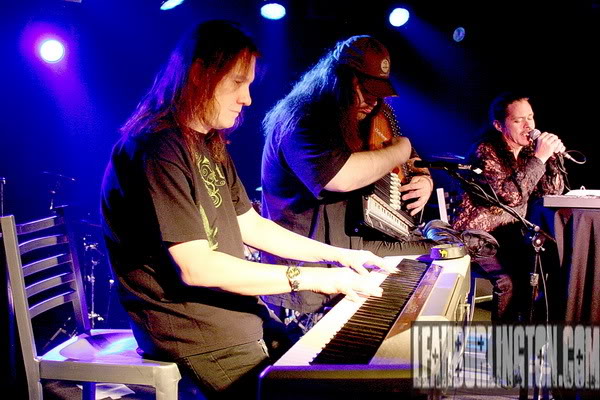 The night was saved by Circle 2 Circle who jumped onstage and gave the crowd a burst of energy that we needed after that! After more beers and more killer metal I was feeling great! C2C was so fucking kick-ass that I had to stop shooting for a bit and just enjoy the metal onslaught and bang my head for a few tunes like, Fatal Warning amd Soulbreaker, and Chase the Lies! This band is truely one of my faves for the sheer melodies and great vocals of Zak Stevens. Zak Stevens throwin some metal!

The addtion of Bill Hudson on guitars really jump started this band and gave them an extra added energy. It seemed like he had been with them from the start as good as he was meshing with the band. 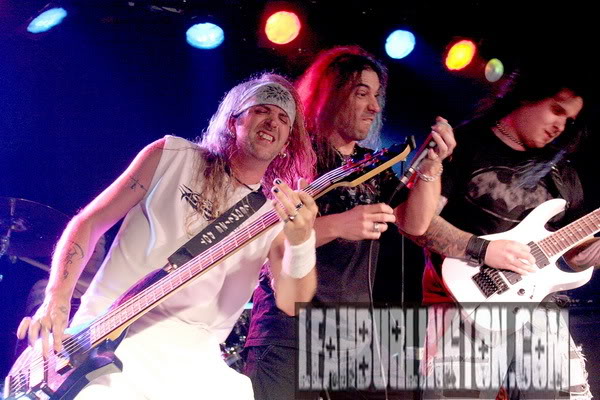 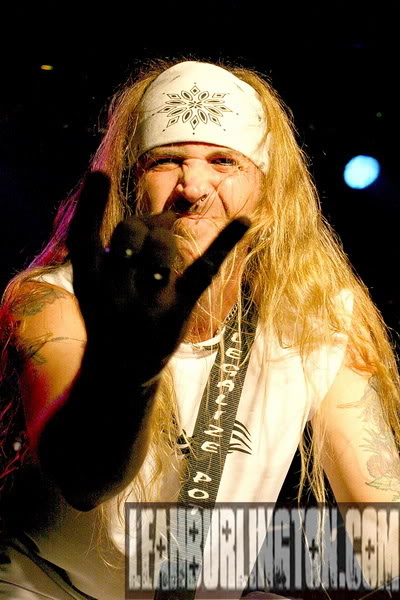 I love this band and hope they go far with their brand of US Metal! They deserve it!!
After the show we hang with the C2C guys and go down to Vinyl for the metal Kareoke show. We meet some great new metal-heads and some old friends there and some really cool guys from Saint Deamon were hangin with us. 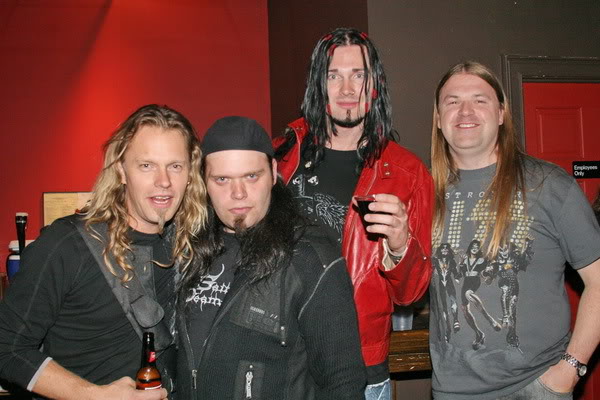 Nobby the bass player and Jan Thore, their singer, had many beers with us and we partied til we were kicked out. I got to see Jan sing some Zep songs and see how amazing his voice was before they kicked our asses on sat nite! Now I was really excited to see this new band of Nor-Swedes play! Nobby and Jan thore!!! Our drinking buddies the whole weekend! 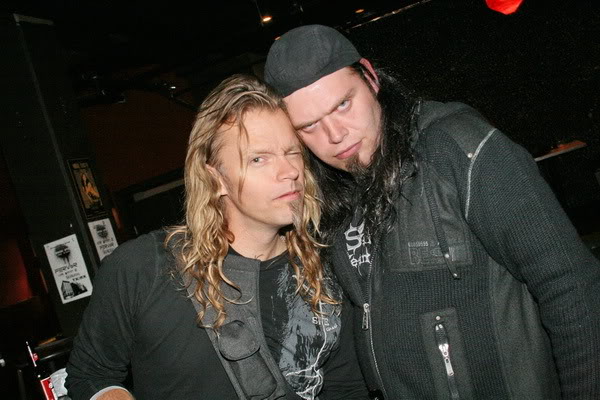 Even Kai Hansen from Gamma Ray was hanging out late into the night!! 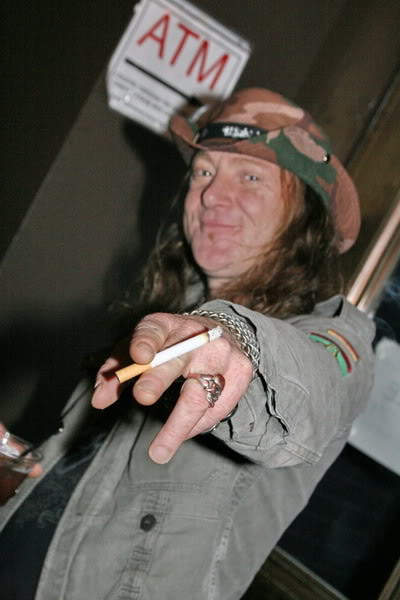 And even get to chat with amazing vocalist Lance King!! 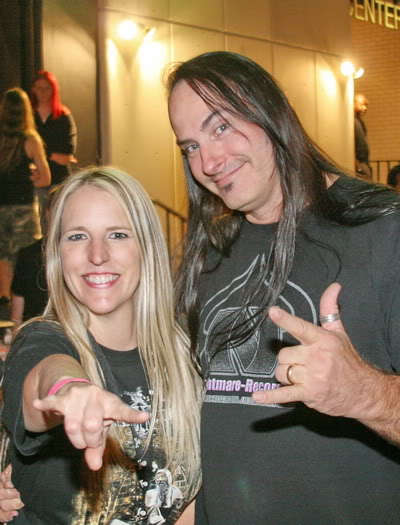 We had a total blast and got a ride back to our hotel by the sweet bartender Whitney. Me and Bear and Eric laugh our asses off til God knows what time when we finally pass out….. PP day one over…

Great Vocals, Great Music. And one beautiful Metal Lovin Babe!! What more could you ask for. Love it.Since you enjoy CIIC, I bet you would love Savatage too. 😉
February 1, 2009 at 5:11 AM