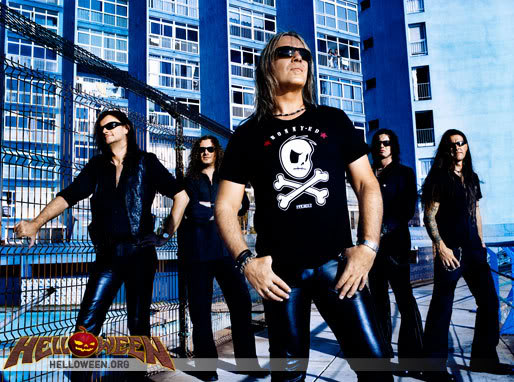 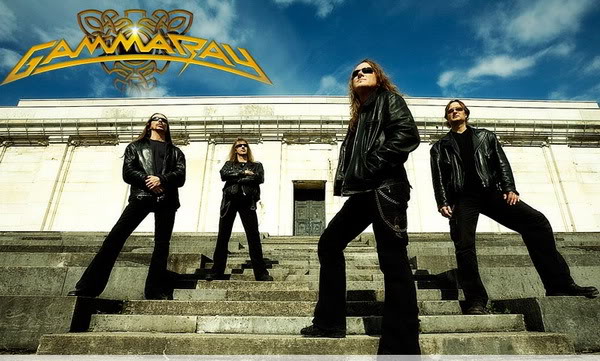 I was in Atlanta Georgia for Prog/Power 9 and made sure to get my ticket to the Hellish Rock Tour show that was the pre-show showcase for the actual two day fest at the center Stage theater.

I never really heard much of any of these bands and I was so kicking myself for not knowing anything about two of the most killer power metal bands that have been rockin’ around Germany and the world, for like 25 or so years.
Both Helloween and Gamma- Ray have a history of trading out band members and having some of the greatest vocalists in power metal. Helloween started in 84 with Kai Hansen getting together with Michael Weikath when they both decided to quit their bands of the day and form Helloween. Kai was the singer then but decided that it was too difficult to sing and play guitar and they recruited then 18 year old singer Michael Kiske to be in the band. They produced the critically acclaimed “Keeper of the Seven Keys” part one and two and after that in 88 Kai leaves and ( now Masterplans) Roland Grapow joins the fold. In the meantime Kai Hansen forms Gamma-Ray with wicked singer Ralf Sheepers of (Primal Fear fame now and who alomst got the gig with Priest after Halford left)A few live and complilation albums later, Helloween have issues with their record lable and drop off the planet for a while.
In late 1993 Andi Deris, former Pink Cream 69 singer, joins the band along with former Holy Moses and Gamma Ray Drummer Uli Kusch, a new lineup for Helloween is born. The band signs to Castle records in 1994. Their next album “Master of the Rings” was released and became what many people called a great comeback album!
Helloween went back into the studio and released “The Time Of The Oath” in 1996, which was hailed by the press as their best album since the Keeper era.
On October 31st 2005 the band releases a follow-up to their legendary Keeper albums entitled “Keeper of The Seven Keys – The Legacy”. The album brought more critical acclaim to the band 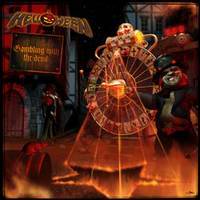 and was received well throughout the world.
Jump ahead to 2007, and several line-up changes later, the band released their newest album “Gambling With the Devil“!!

I love this cd guys!!! Its is fucking heavy power metal at its finest!! Its soars with melodic hooks,anthemic chorus’s,screaming guitars by both Michael Michael Weikath and Sascha Gerstner who joined up in 2003. Andi Deris’ vocals are killer and unique. Every song rocks and rollicks and makes you want to sing and headbang!! I mean this cd just rules!! I would say that this cd was one of the best of 07 (Too bad I JUST got it…) 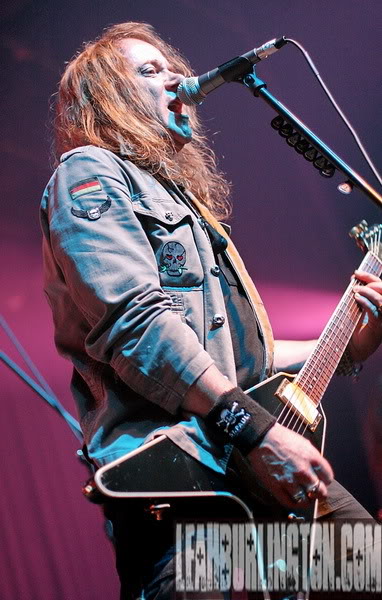 Ok, on with the concert review!! I get to the venue and I missed Manticora( sorry guys) but I get there just in time for a stunning perfromance of a Kai Hansen fronted Gamma-Ray!!

These guys were spectacular and I love Kai’s voice that is differnt from most singers out there, but then again IS kind of close to Andi’s. I heard that it was awesome to the fans of both these bands, that they are touring together because of their history,but it looked that both bands had an incredible time. I am sure it was also due to they both havn’t been on American soil 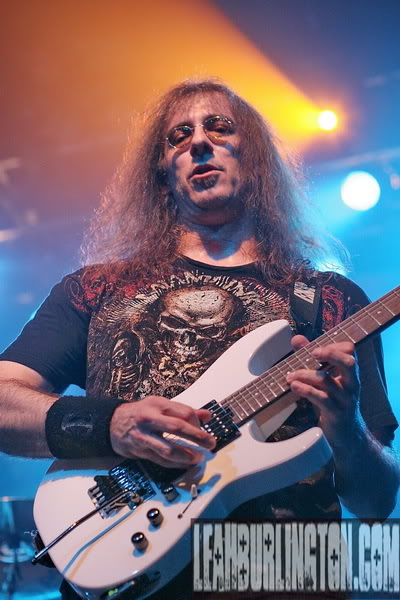 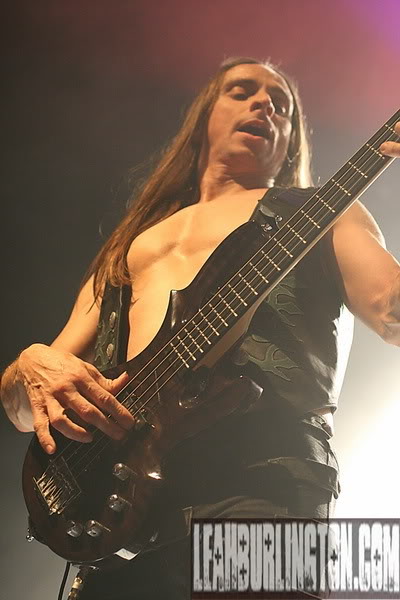 They put on a stellar perfromance and I was in awe of Kai as he is an amazing frontman and sick ass guitarist! Where the hell have I been not to have heard these guys before?? Their newest cd is called “Land of the Free 11” which was released in 07 also. Its a killer cd guys!!

After that wicked ass set it was time for the extremely unbelievable sonic shredding of HELLOWEEN!! If I was blown away by Gamma-Ray, I swear I wasnt ready for this set of godliness that was before me! They blew my mind beginning with the first song which was ” Halloween” and they continued to rock my ass off for the whole entire set. 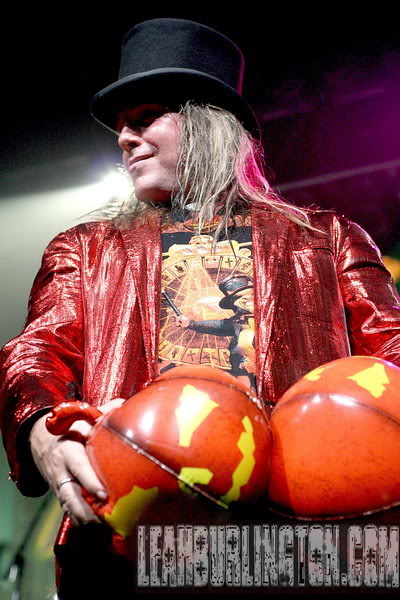 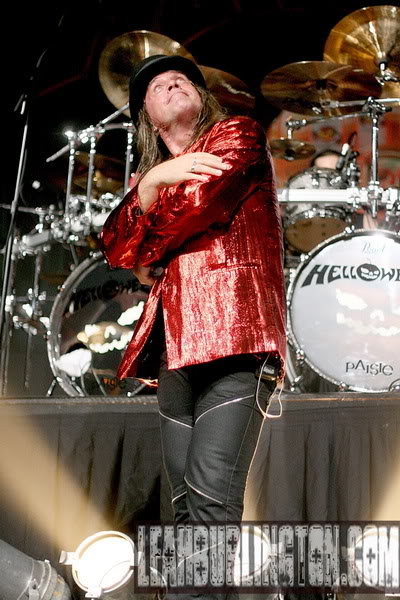 I was buzzed with music and beer and I remember at one time weeping with joy because these guys were so right up my alley and were perfection! I was so excited to have two new bands to get to know and tons of new/old music to find and listen to! 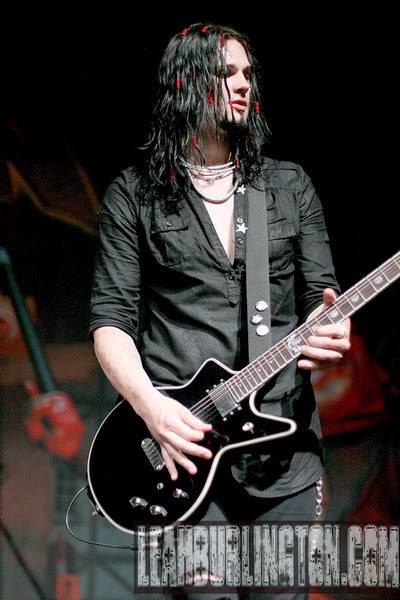 At about the end of Helloween’s set they brought out Kai for a medly of “Future World” and ” I Want Out“…ok I knew these songs and everyone else did too as they were screaming like holy hell through both songs! It was cool as hell to see Kai and Andi up there together singing these older songs and looking to be having the time of their lives!

(Michael is a shredder from hell and Markus Großkopf has played bass on projects like Avantasia!!) 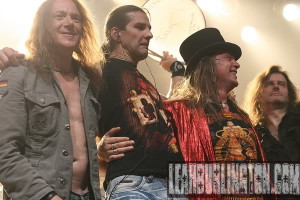 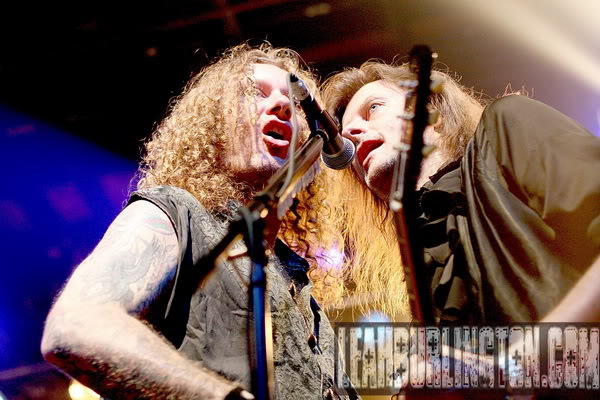 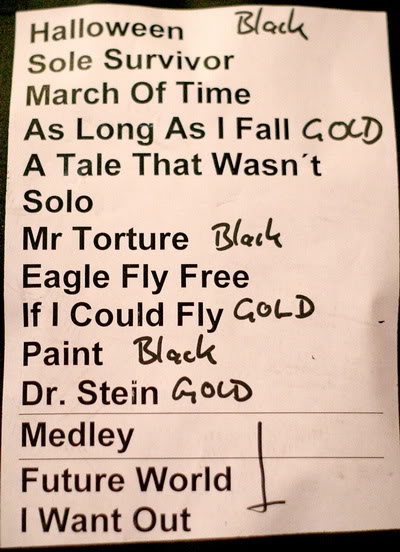 It was amazing!! It was exciting!! It was so METAL!!! I have to say that was the best time for me all weekend besides seeing Iced Earth on sat nite. I am such a power metal fan and now I got to see two of the best and FIRST bands that came out from this genre. It was an incredible nite of METAL!! I loved it!
Here is the set -list from Helloween!!

SOME VIDEOS YOU PROBABLY HAVNT SEEN!!!
HELLOWEEN: PAINT A NEW WORLD!! (THIS IS SICK!!!)