Leah is a Rock Photojournalist who lives in Las Vegas.

Leah was born in Burbank California and introduced to the sun. Not long after, she was introduced to the cold of Alaska with her mother when she married her stepfather. She graduated in Kodiak, Alaska, in 1984. She grew up in the beauty of nature.

Having an affinity to arts and crafts in her formative years, she gravitated towards the use of a camera. She carried one everywhere she went, constantly snapping. This started her life-long passion for the arts and photography… then came the music and it was rock n roll…

Her first concert was Queen in 1980, which set the stage for her new love: concert photography as she snuck in a little 110 camera and the rest was history!  Says the artist “I still get a thrill when I am in the pit and my shots are coming out great! Documenting concerts and capturing those moments is where my true passion lies.” 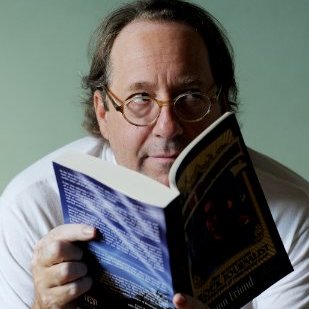 I met many fascinating creatures when I exiled myself to Sin City in the fall of 2003. Those were rough days, going through divorce, leaving my hometown LA for the first time. Searching for new words and experiences that would ultimately lead to the publication of my memoir, Life on Planet Rock in July 2006. One of the most genuine, caring and animated characters I encountered during that transformative relocation was Leah Burlington. She introduced herself to me at a gig as the “Rock n’ Roll Massage Therapist” but over the next couple years I discovered that beyond her remarkable ability to heal with her strong, sensitive hands, Leah was devoting those digits to another evolving craft: Rock Photography. I remember clearly the day she invested a month’s rent in a brand new kick ass professional stock DSLR camera, “I am going to shoot metal and rock!” she ordained with a fire in her eye and purpose in her voice. “Because that’s what I love more than anything else in the world!” Do what you love and success will follow. It’s a 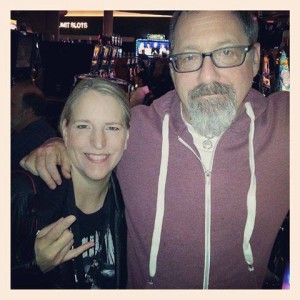 natural law. To that end, Leah has been a force of nature, battling her way into the Las Vegas photo pits and beyond, to capture the sweat, volume and power of hard rock’s most compelling performers. As editor of RIP magazine during the iconic decade of decadence, I worked with the best shooters in the business. Our pages bled with fantastic frames that fans ate up. Leah’s captured live images that rank with those of the single lens warriors that helped make RIP the “Bible of Bang.”

Listen to ENERGIZE: The Lonn Friend Podcast!!  Live stream Mondays 7 p.m. Pacific at http://laradiostudio.com/CamChat. All shows are archived at: http://aircheck.us/show/980 or FREE on iTunes!  Visit Lonn on Facebook too!

Find Leah on the Web currently on these sites and in these publications: 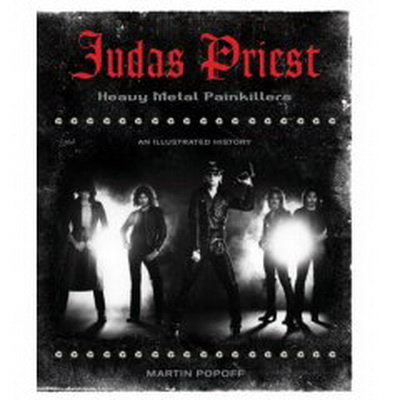 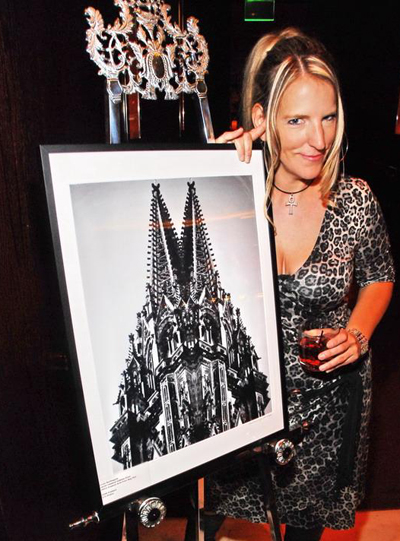 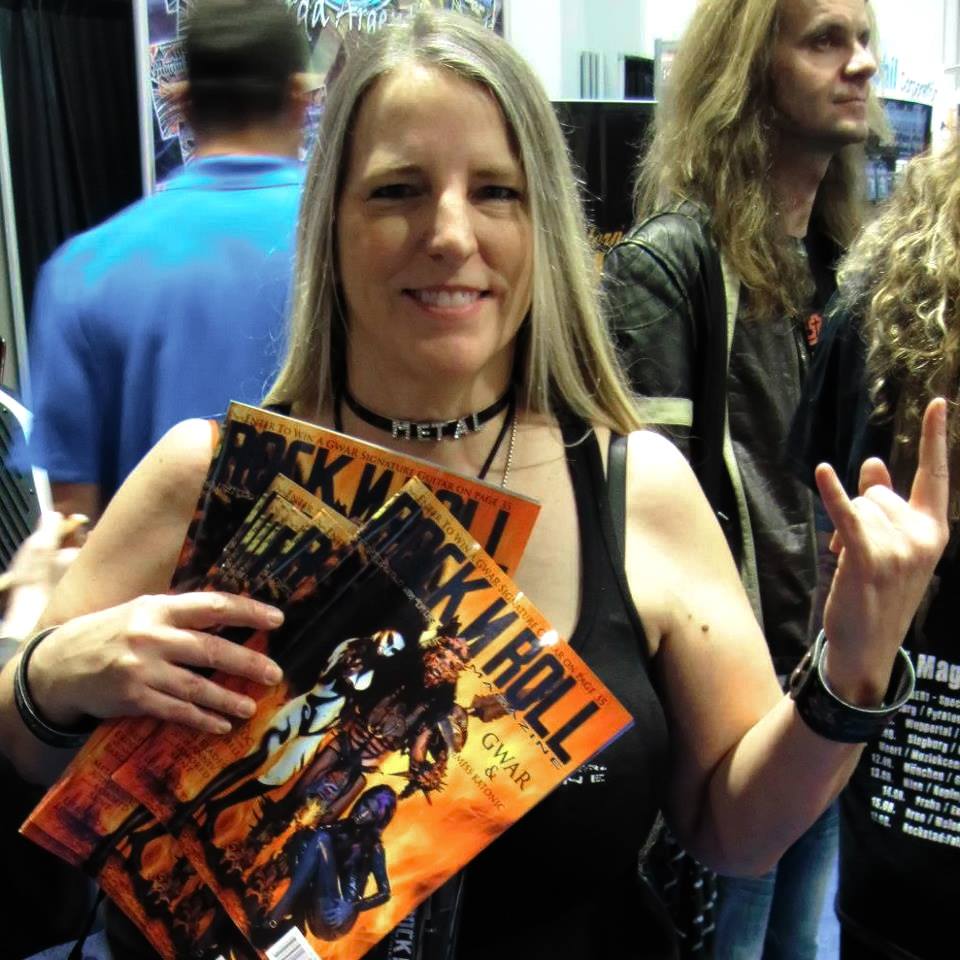 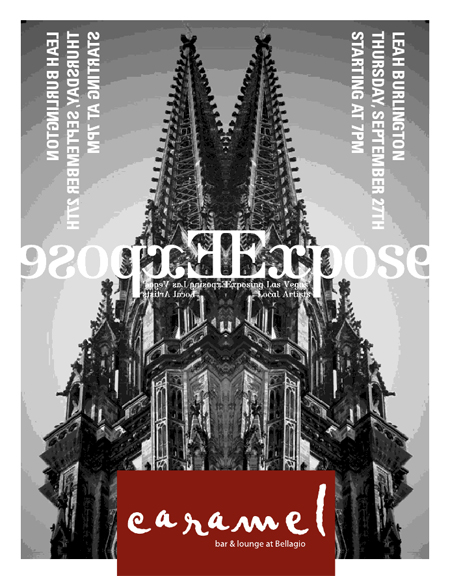 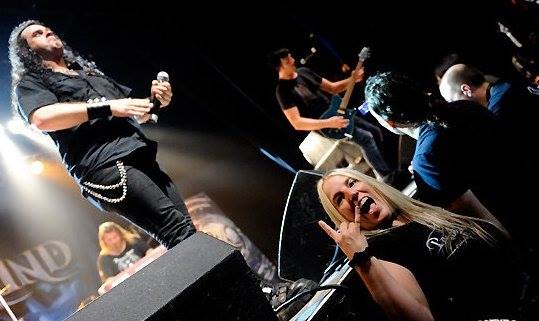 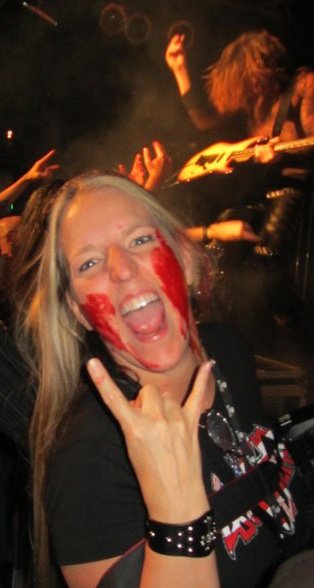 “I am a Rock Photographer that resides in Las Vegas. I have traveled all over to shoot concerts and festivals whenever I can. Its my passion!”

Leah’s journey of music started with a huge milestone that happened July 1st 1980. It was when she saw her first concert at the age of 13. The show that she, her mom and her boyfriend drove across the state of Washington for was Queen, on “The Game” tour in Seattle. That show changed her life forever. The concert had a profound effect on her and made her realize that music was to be her life. (And  sneaking a small camera into the show was a start of her lifetime love of concert photography) After singing lessons, guitar lessons and playing around with drumsticks, she realized that becoming a musician was not to be her thing. She was an artist, which years later would be her way of meeting her heroes by drawing portraits of her favorite bands. Soon after the Queen show, she moved back to Alaska with her family and lived there until she graduated in 1984.

The second huge milestone was seeing MTV for the first time and seeing a Judas Priest  video. She became obsessed with “metal” music after that, as all the great NWOBHM (New Wave of British Heavy Metal) came on to the scene like Priest, Saxon and Maiden. She became an outcast in her high school and was termed a metal- head. She couldn’t see concerts in Alaska and was deeply missing something, so as soon as she graduated Kodiak High School at18 she escaped The Rock, flew to the Lower 48, and moved to Long Beach, Wash where she found her niche with all the metal-heads that she met there. She soon got intensely into the Glam Metal scene and got to see her second concert that was Bon Jovi open for Ratt in 1985. Seeing every concert she could became her goal in life and all she thought about.

After living and partying hard in Washington for four years, she moved to Las Vegas due to a two week vacation there that rocked her world. It was 1988 and she became heavily involved in the local Glam/Metal scene. She was constantly at the popular local rock clubs, Like Moby Grape, Paradise Alley and Club Rock. She constantly drove out to Hollywood for shows at the infamous ROXY, Whiskey and the Rainbow to just hang out, see shows and watch the pretty boys hand out flyers. Those were the days of decadence and rockers 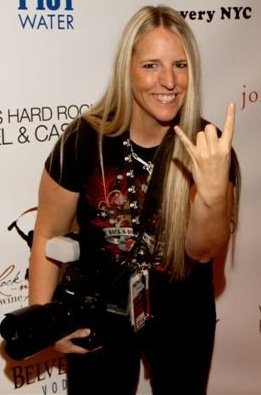 with long hair were everywhere along The Sunset Strip. It was the time of her life! All the while she was shooting photos of all her rocker friends honing her craft as a rock photographer. As you know the glam scene died in the 90′s and that was a horrible time for Leah. She was just led into the grunge scene and got into what was “on” radio, brainwashed like everyone else in the USA at the time, forced to like what the local stations wanted her to hear. But down deep she wasn’t satisfied with what she was hearing. There wasn’t any passion in much of the music anymore.

Jump to the late 90′s when she met her good friend who became her boyfriend, Bobby, that also made her realize there was more music out there that the USA had forgotten, bands from the 80′s like Saxon, Accept, and Motorhead, that were still around and doing well in Europe and still releasing new Cds all the time. Two peas in a pod, they went to every concert under the sun that was rock/metal. They started hanging out before and after shows to get autographs and photos with their favorite bands. She also got a better camera and got started shooting better photos, improving her skills at every show. (Totally sneaking in her camera) After the breakup she had to pick up the pieces and renew her CD collection because this guy had so many CD’s she didn’t have to ever buy any. So again she went into collecting music again and a good friend, Michael Christian, burned her a CD that was to change her perspective on music yet again, changing

her life and musical tastes completely. On that CD was a singer called Jorn Lande from Norway. (Most the music was from Masterplan and his solo work) She found passion again in this music and it lifted her spirit and made her feel something new and real again. This was about the 2005 He also showed her a form of metal called Progressive Power Metal and this became her complete obsession ever since!!

At the urging of a mentor photographer , Jeremy Womack, she finally bought a professional Canon DSLR Digital camera and practiced with it a little over a month and then attended the 2007 Wacken Open Air Festival in Germany in 2007 and shot in the pit with 80 other of her photographer peers!! She then went to Prog/Power 8 in Atlanta Georgia on the urging of her PPUSA friend Taylor Hicks. He also introduced her with tons of new music to fall in love with. Since then, she has attended and shot tons of shows including PPUSA in Atlanta 5 more times, festivals like Bay Area Rock Fest in SF, Rock The Bayou in Houston and three NAMM shows with Rock n Roll Industries Magazine. She is currently shooting and reviewing as staff Photographer for Sin City Presents Magazine and now staff photographer for MetalBabeMusicLLC/Leah Burlington 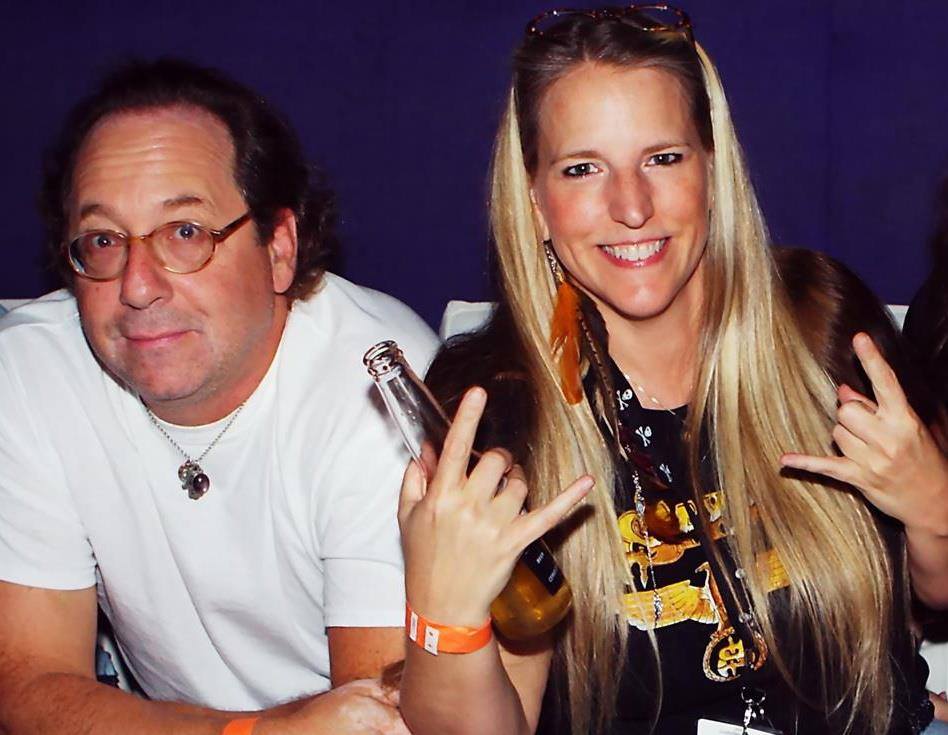 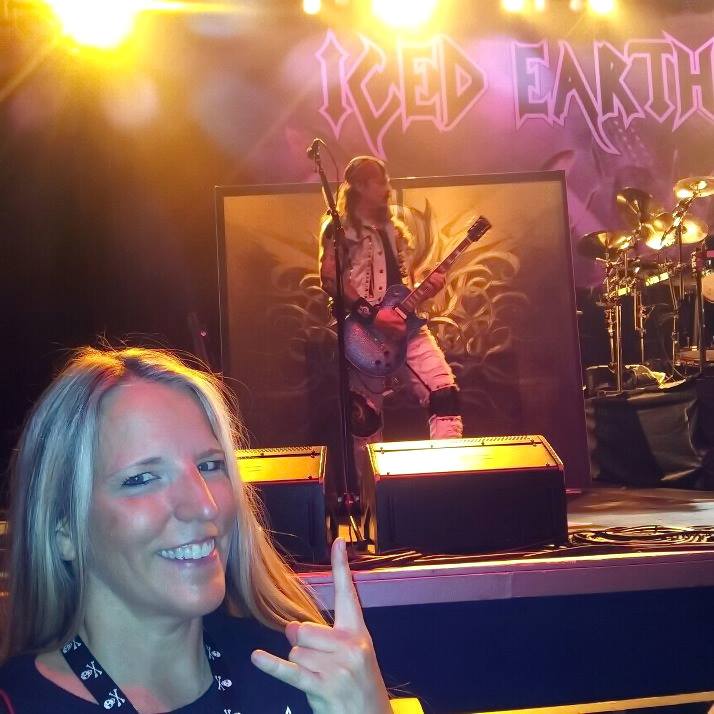 Leah in the pit shooting one of her fave bands Iced Earth!

Check out You Rawk Worldwide, it’s all about the music!  Anything that Rawks! 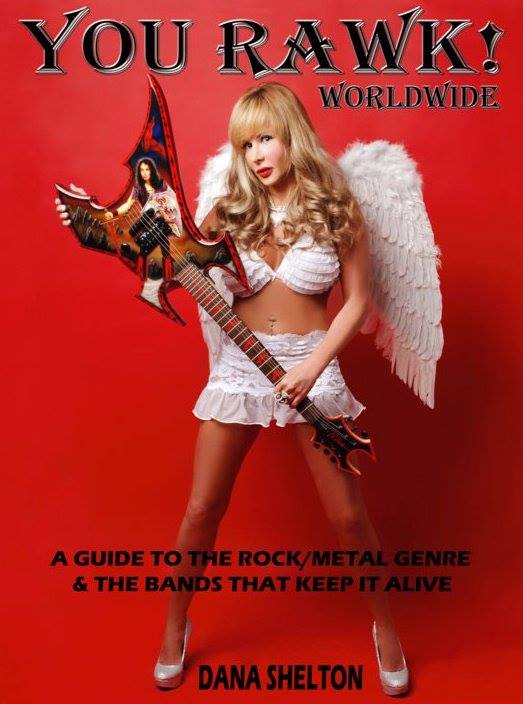