I was totally excited and had no idea what this show was all about but I did know who was going to be performing and I had to be there to see what the buzz was about!! All I knew was that there was a free show happening at the Hilton with some of our old pals from a bunch of ass kicking bands jamming togther for a Showcase. It was featuring Bruce Kulick, Rudy Sarzo, John Corabi, Tony Montana and Bobby Rock, with special guest Dee Snider!!
BRUCE& RUDY!! 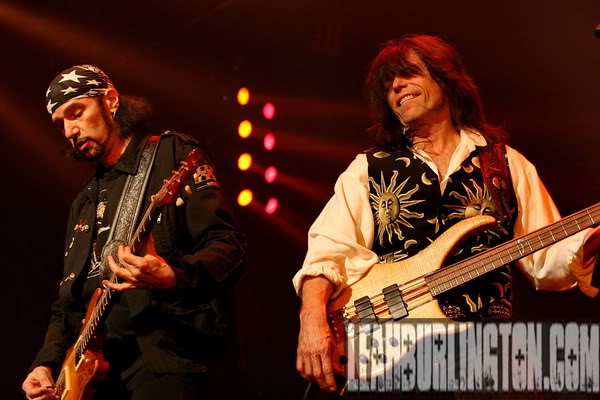 I had no idea what to expect, but when I got there ,there was a huge buzz going on in the crowd….what was going to happen??? Then Boom out go the lights and out come the rockers and they started playing Motley’s “Live Wire” and then Kiss’ “Shout it out Loud“. They were rocking like hell and there were semi naked women, a firebreather(Antonio) and acrobatics and a light-show that KISS would have been envious of! They are all tight as a band and then after “Dream On” and “You Got Another Thing Comin” with John Corabi on vocals,
JOHN CORABI

Dee “fuckin” Snider comes out and they do “We’re Not Goinna Take It” to a crowd of screaming fans!!
DEE SNIDER!!! 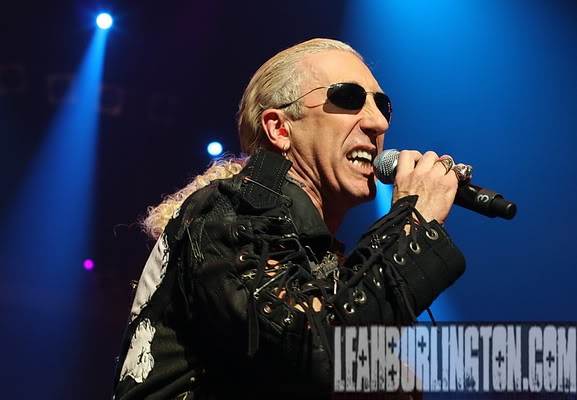 It was crazy!! The energy was intense!! Everyone was on their feet!!! Then they all came out to do “Highway To Hell” and the crowd went mad!!! 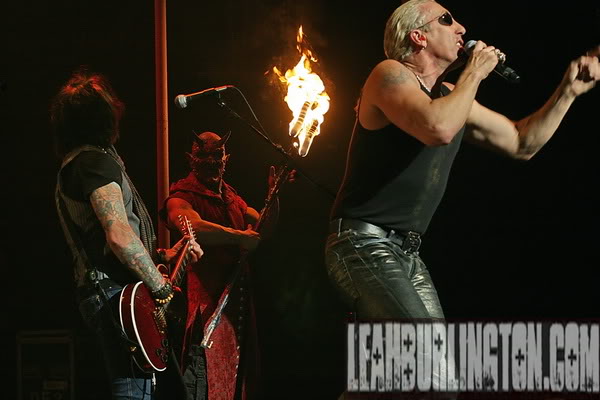 There was a devil onstage(which was Antonio from Bite!!) and all kinds of stuff going on with firepots and fireworks!
RUDY AND TONY AND CIRQUE CHICKS!! 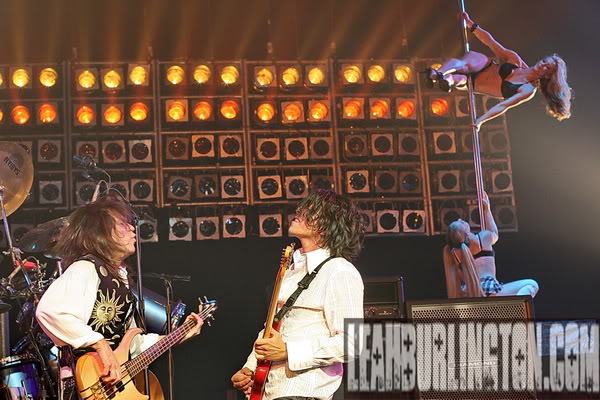 ANTONIO FROM BITE AND EXCALIBURS TOURNAMANT OF KINGS! 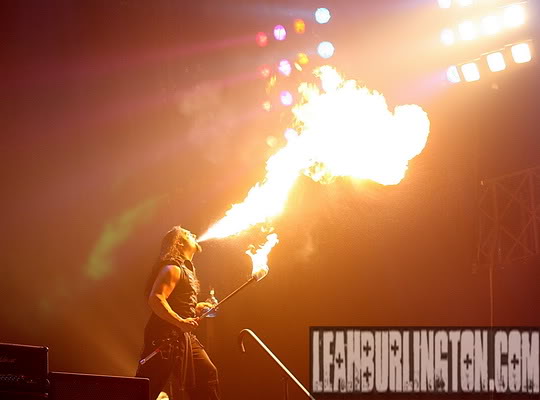 They rocked “Hot For Teacher” and “Paradise City” and ended with Rudy doin the infamous bass line of “Metal Health“,which they dedicated to the late Kevin DuBrow, and the place went ballistic!!
RUDY SARZO!!! 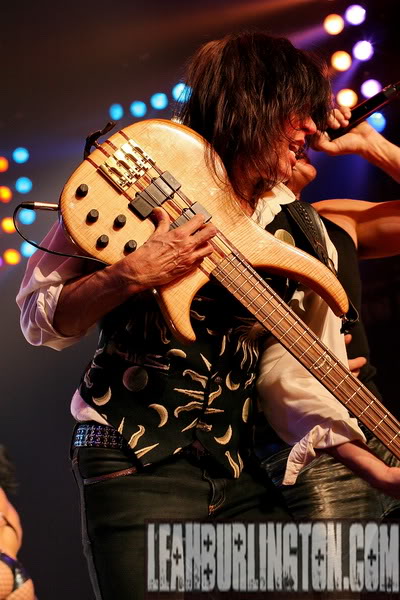 There was more fireworks and fire and confetti shot all over the theater! I was weak in the knee’s trying to get those perfect shots as all this was happening before me, and it was hard to keep the camera steady!
JOHN CORABI!! 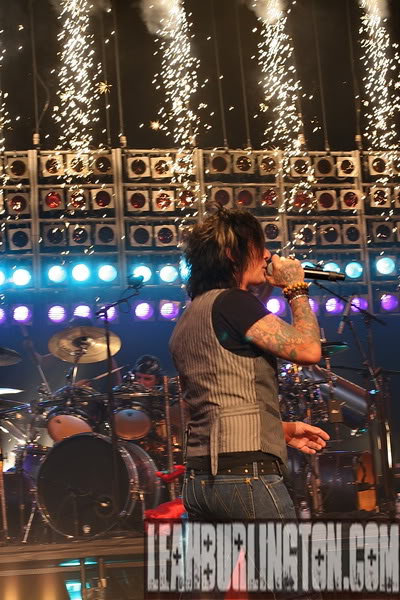 I was blown away and totally excited that I was there to see the spectacle that was Las Vegas’s own Monster Circus!!! I dont know all the details yet but the rumor is that they are going to try and get a show here like this like every week or once a month?? I dont know we will just have to wait and see…Its the brain Child of Tony Montana and I hope his vision of the Rock Pack comes alive in our sin city!!!
TONY MONTANA 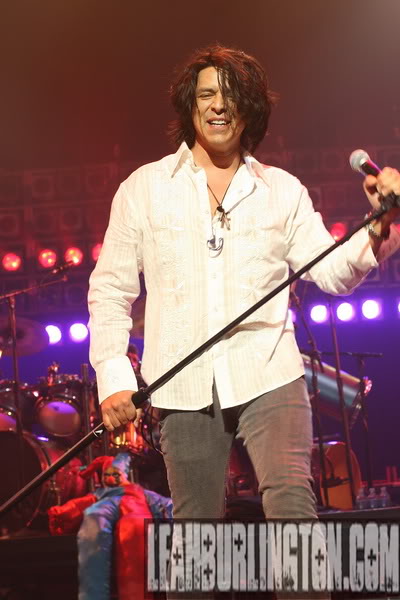 Here is the post from Bruce Kulicks website:http://www.kulick.net/
Well the big day with MONSTER CIRCUS came and went fast, and it was simply amazing. No one really knew what to expect (including me) but the idea of having great players rocking on stage backed by a totally cool Vegas style experience was pulled off without a glitch at the HILTON in Las Vegas on December 9th.
BRUC KULICK 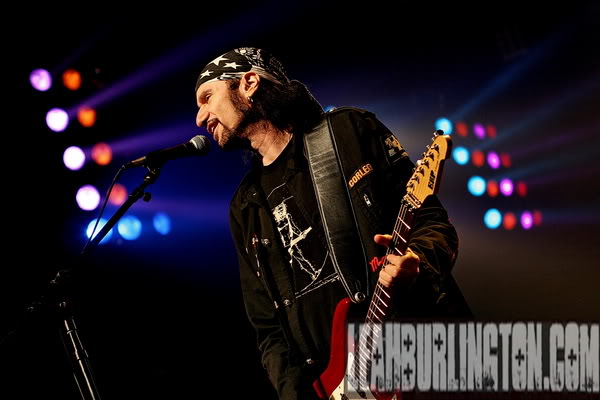 Monster Circus was formed by Tony Montana (who played bass in Great White but is also a fantastic singer and lead guitarist), Rudy Sarzo (Ozzy, Whitesnake, Quiet Riot and many more) and John Corabi, who needs no introduction for my fans. These three asked Bobby Rock (Nelson, Slaughter, Vinnie Vincent Invasion) to play drums and myself to join them on stage, with Dee Snider (Twisted Sister) and Dave Kushner (Velvet Revolver) as the special guests to play 9 classic hits along with a great show that included fire breathers, pyro, dancers and tight rope style performances in a totally Vegas over-the-top manner.
ANTONIO FROM BITE!! 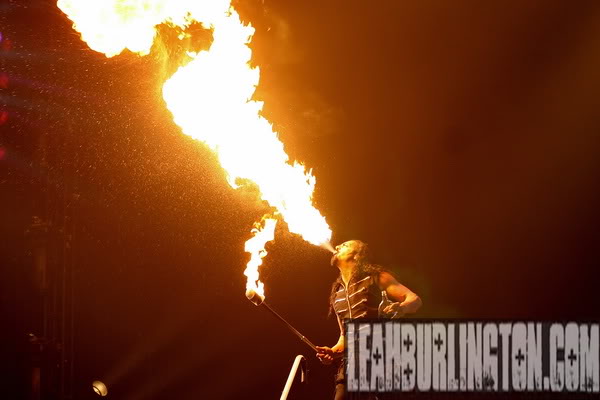 The Hilton stage, home to Barry Manilow of late but most famous for ELVIS PRESLEY from his VEGAS years, was simply put an amazing place to perform. Using Elvis’s dressing room and getting a tour of some of the private rooms built for Elvis for his famous performances was quite a thrill. The band rehearsed in LA for a week and then it was off to Vegas for a day and a half of rehearsal with the dancers etc. It was a miracle how quickly it all came together.
Rudy & Dee Snider

Admission to the show was free for agents, fans and press alike, all were definitely impressed, and I was very proud of everyone involved. Dee Snider is a great performer, and I was very proud of John and the band for being tight and exciting. The way MONSTER CIRCUS is set up the band can have different members rotate in and out depending on the indivisual players’ schedules, and I look forward to a chance to do the show again when possible.
So let’s hope it gets picked up in Vegas, as it is was a great night and I got to have some fun in a place where Elvis made history. Keep your eyes out for more MONSTER CIRCUS, and I would like to thank everyone involved again for making this a very rewarding experience. Thanks for the invite!All the best,
Bruce Kulick
http://www.kulick.net/

Wow, Wow, WOW! A great bunch of artists & musicians. From your report I know the show Kicked Ass!! You should check out Corabi’s covers CD. It rocks! Thanks Leah.
February 1, 2009 at 5:00 AM