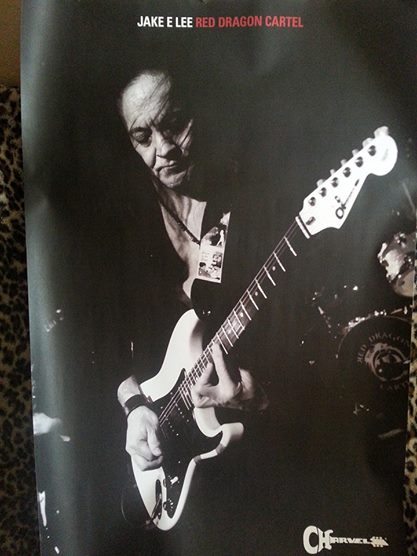 The Start of 2014 was cool for me as I was contacted by Fender/Charvel and asked for a shot of Jake E Lee from Red Dragon Cartel who had recently played at Count’s Vampd in Las Vegas for a poster to be displayed at NAMM. Jake picked out the shot himself and and that poster was created with my name on it as well. It was displayed at the Charvel booth at NAMM with two of his custom white guitars. Months later the same shot was used in a Charvel/Fender ad in Guitar World Magazine, which was a huge thing for me!! One of the biggest musician magazines featured and paid for my work!

Later when Jake came back home to Vegas for a break from touring with Red Dragon Cartel, I was invited to go have a visit with the legendary guitarist, who once wrote some amazing songs for Ozzy, at his fave haunt. I brought the poster that Charvel sent me and my new Guitar World mag and some of my prints and met up with one of the coolest guys in the biz. He was gracious and kind and funny as hell. He signed everything I had after he made me laugh my ass off for a few hours. I was in heaven. I want to thank the Charvel/Fender guys for the poster and for using my work. Also thanks to Amy, Jake’s girlfriend who set everything up for me to visit with Jake. These two are some really wonderful people!!! I am honored for the time they gave me. Very proud of this moment. 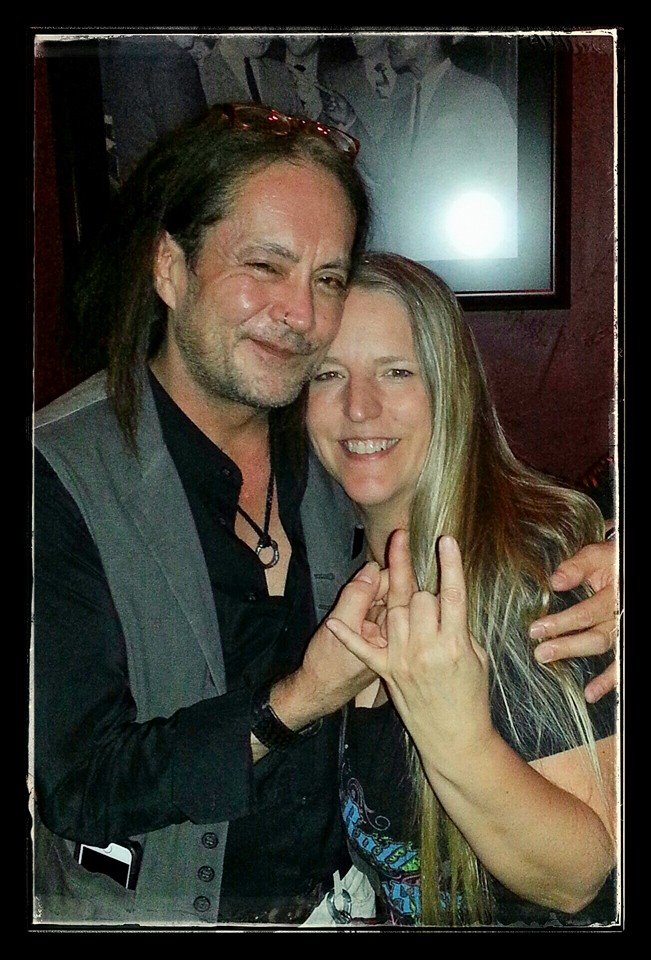