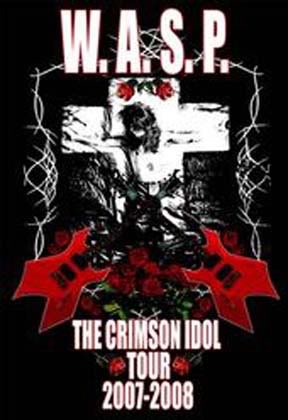 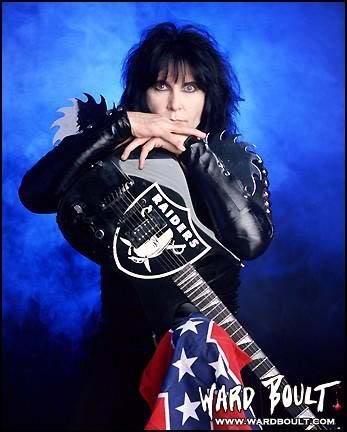 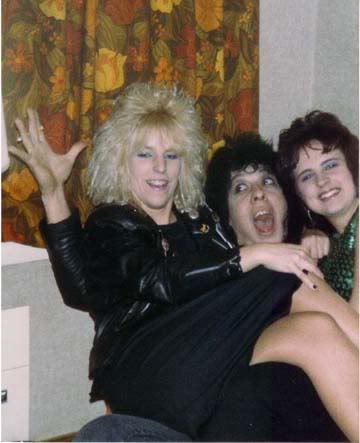 Me on Randy’s lap with my other friend…

I was the biggest WASP fan in 85-86 when I lived in Washington State. I used to listen to their music when I was at my shitty job and dream about meeting the kick-ass band that helped me through some deep emotional shit I was dealing with at the time. One dayI went into a music store with my WASP pins on my black leather jacket and this chick, Pam, that worked at the store told me that Randy Piper was her brother. Well I was stoked and shocked to say the least because I lived in a very small town and how do you explain that this person lived across the bridge from me in Astoria Ore. and was Randys sister… and I now know that what you wish for the most will come true if you believe and are focused on it. This kind of shit has happened to me several more times in my life than you can imagine since then. I now know its all about the Secret.(Watch the movie!!) So she and I became fast friends and she asked me if I wanted to go to the WASP show in Portland Ore, and I was like Hell yes!! So we met up there and she took my friend and I to Randy’s hotel room and we met the killer guitarist that is behind so many amazing solos on the first two records.

He was charming and sweet and made us feel like we were the only fans in the world. I found out later that my girlfriend wasnt his sister but knew her ..(LONG story) Then we went to see WASP open for KISS on the Asylum tour and I thought at the time that WASP blew KISS off the friggen stage!! They were a spectacle. You gotta know back in 86′ WASP was in their prime and Blackie was public enemy #1!!! He was the frontman from hell. He WAS the shit!! Randy was also one of the coolest dudes onstage at the time and so was Chris Holmes(before he was always drunk!) It was the most awesome show I had ever seen. We got backstage after the show and got to meet the band..I was so in Awe of Blackie and he could have given a fuck that I drew a bunch of drawings of him, even though he did seem to like what I did.(Couldnt really tell) I got my bubble blown that day and to THIS day after meeting him a few more times, I know that he is kind of an asshole. He is reserved and is a recluse on the road. He wont meet his fans and if you are lucky enough to meet the guy,he is just so blase’ about the whole meeting fans experience. So ya gotta know after that I wasnt into WASP much anymore. I went on with my friend Pam to see them in Seatlle the next day and then that was about it. I know that sometimes meeting your heros isnt the best thing you can do…beleive me. They can blow your whole image of them …that is one of the only times I regretted meeting a hero of mine since then, thankfully. 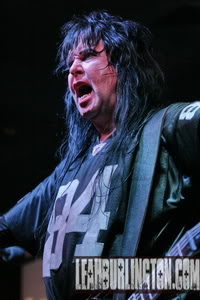 Blackie Lawless…and no he is not related to Lucy Lawless…

So I wasnt into them when Crimson Idol came out but my ex,Bobby was really into that cd. He played it for me and made me realise that Blackie had some greatness in him after the first two records. I lost faith in him because he didnt live up to a 19 year olds expectations. I know the guy is a creative genius but just isnt a very friendly guy to his fans,and probably anyone esle. I was pissed at what he did to Randy Piper, too, who was one of the sweetest rockers I had ever met. So I guess I was a little bitter. Now I recognize the man behind the music and have been going to his shows for a few years now. Crimson Idol is a sick ass record with a storyline that will bring tears to your eyes. 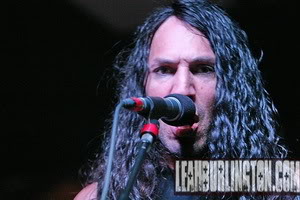 When they played this muisc live at the Canyon Club, I was in awe because the story was being played out on the screens behind them and the music was just intense!!

He has a great band behind him and they are a bit overshadowed by Blackie, but their talent just shone through! From start to finish I was overwhelmed by the story and the music and was almost brought to tears. I remember when Bobby and I met him a few years 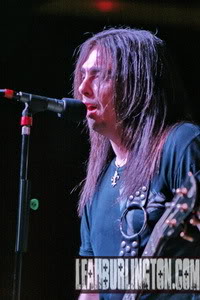 ago and asked him if any of this story was autobiographical and he said yes some of it, I felt for the man. I think I understood him better. This was a killer, intense show! I am glad I got to see it. 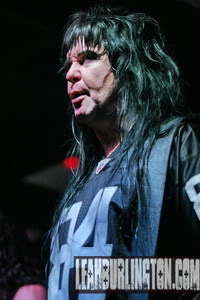 The man that is still not black enough….

There ya even got a story from me… it had to be told. 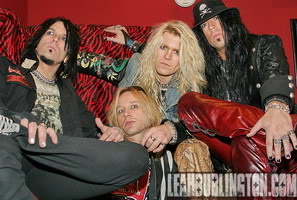 Before WASP we were treated to a seriously wonderful band from Sweden called Fatal Smile. I loved these guys with their 80’s swagger and long ass hair that was reminecient of the hair bands back in the day. I think they have been playing like this for years because they are about as old as I am. I loved their music and they sold out of their new cd called “World Domination” or I would have bought it! They kick ass and need to be at Rocklahoma…they would fit right in. Their singer Blade is like a tornado ontage… 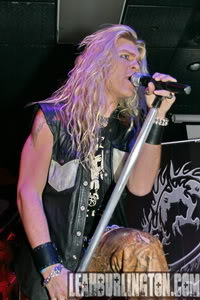 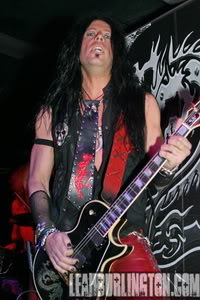 And the gorgeous Mr. Y makes your thighs sweat watching him on the guitar! He SMOKES!!! 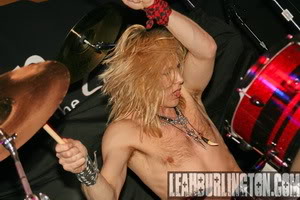 They are on a world domination tour so get out there and go see these guys do their stuff!! They RAWK!!!
Fatal Smile with a differnt singer..thats defeniatly not BLADE!!! Dammit they need a new video!!

W.A.S.P. myspace:http://http//www.myspace.com/wasp
Fatal Smile myspace: http://www.myspace.com/fatalsmile1
Randy Piper myspace:http://www.myspace.com/randy_piper
(Another quickie story is this: Randy used to live here in Vegas for a bit and we would hang out here and there. There was a guy way back that used to impersonate Blackie and hang out here at the clubs. I totally called him out on this foolishness and pissed a few of my friends off because they really thought it was him. I used to have his posters all over my room and I knew this mans face like the back of my hand and I just laughed at him. A few years after that when Randy lived here I was at Club Rock and Chris Holmes and this “Blackie” guy came in…I called Randy and he came right down and totally called the guy out again and made him look like an idot!!! Then we proceeded to almost get kicked out of the club because Randy and Chris hadnt seen each other in ages,they about tore the place up and Randy was riding on Chris’s back at one point and it was crazy! I kept them from getting kicked out with “you know who these guys are???” They left them to their drinking and nuttiness…I dont remember much after that…. All I can say is if you would have told me in 86′ that something like that would happen to me with the members of WASP, I would have told you, you were NUTS!!!LMFAO!!!
Another time we went looking for Randy’s guitar with Randy,beer in hand at 11am at a swap meet, but THATS another story…hehehe!) Miss ya Randy!!!!
I would give this show \m/\m/\m/\m/\m/ WAY UP!!!!

monica said…
fABULOUS STORIES ABOUT PIPER WITH WASP!!! REALLY COOL TO HEAR…YOU HAVE SOME AMAZING STORIES AND EXPERIENCES..
March 22, 2008 at 4:25 PM