photo’s by: Photography of Leah Burlington

Night 1 – John Garcia and friends at Vinyl Las Vegas / Hard Rock Hotel and Casino Las Vegas
Arthur Seay’s DEATH in Pretty Wrapping kicked started the whole weekend off to a healthy crowd ready to rock for 3 straight evenings. Incredibly unique night as we built up to the finale of the Desert rock legend John Garcia by rocking to Nick Oliveri of Kyuss/ Queens of the Stone Age/ Mondo Generator and then Dave Angstrom’s Luna Sol. All 3 of the opening bands with ties to John Garcia and all 3 diverse different sets. Needless to say the final set was shock full of wow moments. @Chris Hale popping on stage to do “July” was a special moment. Heck they all were. The final 5 Kyuss songs were just jaw dropping. I have never been hugged more in my life than I have that night. Its a magical feeling to know you made some folks very happy for those moments of their lives. Really such an honor to do a show with such legends…

John Garcia & The Band of Gold

Night 2 Planet Desert Rock Weekend Day 2 : Wino at The Bunkhouse Saloon
First off let me fill you in on something wild. I was fortunate enough to have Scott “Wino” Weinrich as my guest all weekend. Really got to know the man and I have a new friend now. Such a smart and sincere guy. He was so positive and reinforcing throughout the madness. He helped me sort t-shirts for couple hours after the insane first night. Winona M Thomson sold so much shirts were flying! LOL
As the show moved through the evening each band just kept knocking it out of the park. King Chiefs led things off to a 7:00 Friday night crowd. I could go on and on but don’t want this too long….lets just say cool surprises with Nick Oliveri as he popped on stage for a quick set but also shared stage with House of Broken Promises and Scott “Wino” Weinrich. Joe Mora of HOBP handed the bass duties over to Nick and proceeded to take do the Kyuss classic “Green Machine”. Joe brought the fire in his vocals as Arthur Seay and Mike Cancino drove the song to the limit. War Cloud , The Heavy Eyes and Valley of the Sun all supplied kickass diverse sets to keep the fans on their toes.

Valley of the Sun

Night 3 – Planet Desert Rock w/ Wo Fat, Sasquatch, Freedom Hawk, Blackwülf at Beauty Bar Las Vegas.
The crowd braved the weather and came out strong! We went thru cold temps, strong winds and even some raindrops. All bands played like total animals on stage and did so with such teamwork we have come to expect in the heavy rock genre. Heavy dose of Ripple Music that evening and ended with the almighty Wo Fat. These Texas boys got the crowd in a frenzy to finish off Planet Desert Rock Weekend. Red Desert , Strange Mistress , Powered Wig Machine, Blackwülf , Freedom Hawk and Sasquatch heated the crowd up with each and every set. So many people told me it was the best bill they had ever seen. Deven Pahl did the sound masterfully and all of the Beauty Bar Las Vegas staff helped make it a memorable event.
Thank you!!

Christina and Doro All Star Jam

Bjorn from In Flames

Anders from In Flames

John and Doro All Star Jam 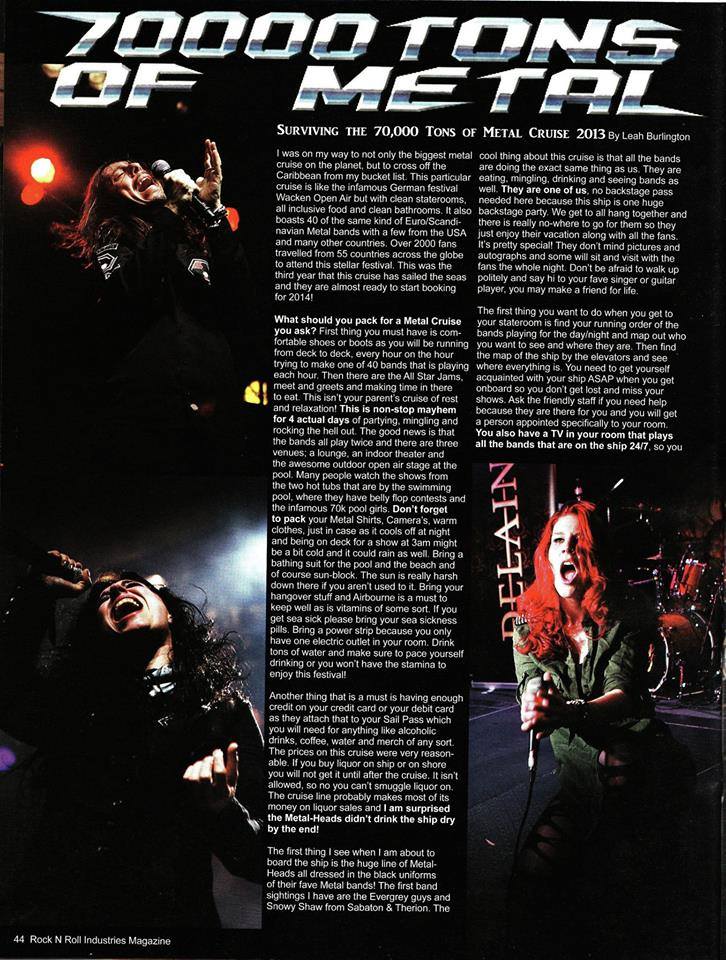 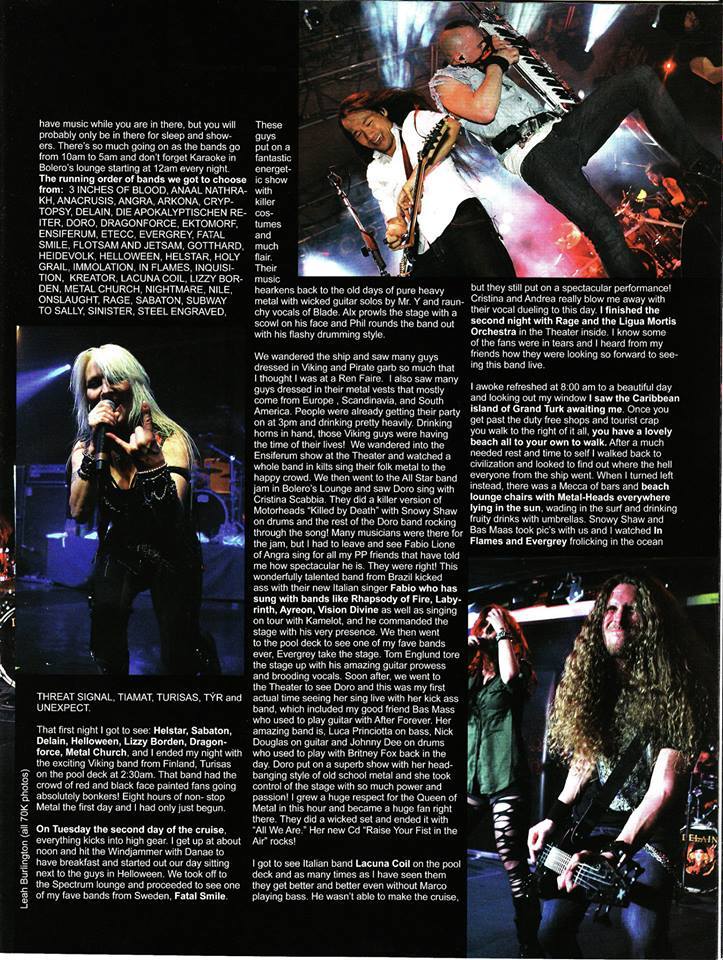 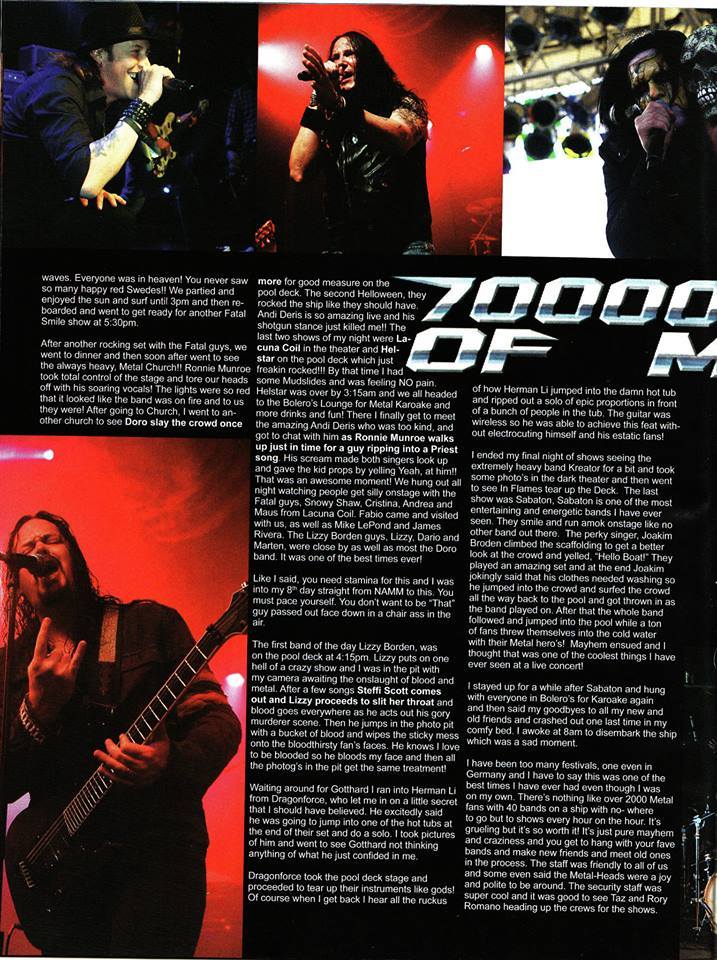 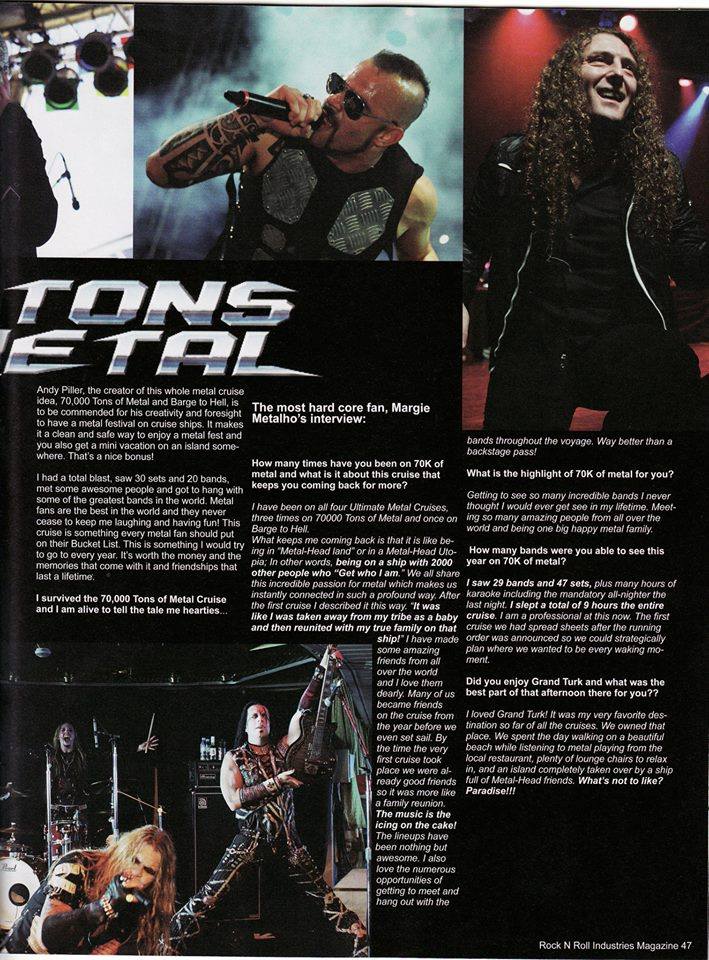 · Taken at The Joint at Hard Rock Hotel & Casino
The Fetish & Fantasy Halloween Ball is one of the most exciting and fun Halloween
parties in the world,and its right here at the Hard Rock Hotel in Vegas!! With 4 rooms with a few thousand partiers in costumes which could be fetish or fantasy or just regular Halloween costumes… Lots of music, a flogging room and dancers going on for like 6 hours!! Its a must do party for your bucket list!!!
Check out their website here: http://www.halloweenball.com/The incredible artist that painted the Human Zoo animals: https://www.facebook.com/jesse.paivadunn?fref=ts